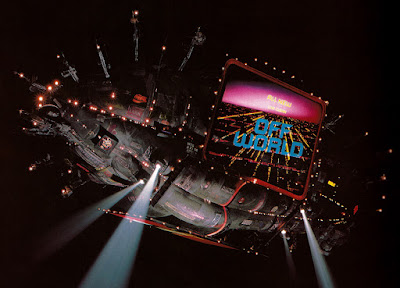 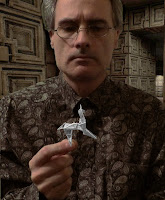 Throughout the month of October, I've been researching and compiling material about Benjamin Simonds. Between field trips to Williamstown, Massachusetts, Bennington, Vermont, and Walloomsac, New York, it was like I was walking in the shadows of his footsteps. I researched through the material of my own personal library, the Williams College Sawyer Library, and, of course, online. Some of the details were conflicting, based on conjectures to fill in the blanks; they could only use what information they had available to them at the time. I am confident that, through the new data that had been shared and revealed since the publications of some of the older sources used, that I have assembled an accurate and telling portrait of Mr. Simonds.

He was certainly someone whom I would have loved to have met and chatted with. The stories he must have had of his many adventures. As far as I know, he kept no diary. So we don't know what his daily routine was on a given day, or what he thought about this or that.

Benjamin Simonds (sometimes written Simons, Symons, and Symonds) was among the thirty captives from the siege of Fort Massachusetts in 1746. He was left ill in a hospital in Quebec at the time the surviving captives returned to Boston. He returned later in October of 1747 and was the only former captive to settle in West Hoosac (now Williamstown, MA).

He served in King George's War, the French and Indian War, and the American Revolutionary War. And he was an important figure in the original settlement and early history of Williamstown, Massachusetts.

The Origin of Our Community, Revisited

In this article, I revisit a speech that I gave at the Commemoration of the 270th Anniversary of the Siege of Fort Massachusetts, on August 20, 2016—at Indian Ledge, in North Adams, Massachusetts—and expand upon it.

I put a lot of effort into researching and creating the Friends of Fort Massachusetts website content, and I didn't want it all to be in vain. The creation of the website––to educate the visitor about this historic site, while stressing its importance to its surrounding communities––was the catalyst for the formation of the Friends of Fort Massachusetts, an all-volunteer organization, founded in 2016 by Craig A. Chicoine, Wendy Champney, and Susan Watson; seeking to preserve, improve and help maintain the historic Fort Massachusetts site. However, I had severed ties with the other founding members because of fundamental differences. It is my belief that the community at large should be informed of the options offered by the former owners of this historic site and involved in the decisions; not a select few. And although we did not lack in our vision and mission statements, I feel that there was a lack of cohesion when it came to our vision. And I believe that we needed a better-qualified president (a position I held until my resignation) to move us forward to help reach our goal. The group would later evolve, under new direction, into Save Fort Massachusetts Memorial, Inc., under the umbrella of the North Adams Historical Society. In 2017, the Golub Corporation donated the site to the City of North Adams.

In this revisit, I wanted to present the ideas that I presented at the meetings we had during its formation, along with other ideas that I have had since. There are just as many opportunities as there are challenges for this park to receive the care and attention that it deserves. I present some of the challenges along with some suggestions and ideas for consideration and discussion.

Every historical site has an important story to tell. The story of Fort Massachusetts is a compelling, suspenseful, and inspiring story. It speaks of hope, and courage, and maintaining one's integrity in the face of adversity. It's a story of life and death and the human spirit. And it was a safe haven for the early settlers of East and West Hoosac. Despite the sickness, skirmishes, and the siege, capture and, ultimately, destruction of the first fort, they did not give up. They rebuilt. And they settled the land.

European settlement into the northern Berkshires––the western frontier––was inevitable. Where Fort Massachusetts was built is where it all began for us. The communities of Williamstown, North Adams, and Adams owe their origin to the erection of this fort.

Now that this historic site is back in public hands––the City of North Adams––it can be revitalized and a renewed interest developed. And, just as important, it will take the community, working along with the City, to give the site the attention and care that it deserves.

We must strive to preserve our historic sites, for they are some of our most tangible, authentic links to our past. There is no other historic site in the northern Berkshires more worthy of preservation than that of the site of Fort Massachusetts––the origin of our community.


The Origin of Our Community, Revisited, by C.A. Chicoine