C.A. Chicoine realized his gift for creating stories at the age of ten when, after sharing what he wrote in his journal for English class, he was told that he had quite the imagination. By age fourteen, he had expanded his repertoire to include poetry and lyrics. He wrote articles and poetry for his high school newspaper, and later wrote articles before becoming editor of his college newspaper.

Later, in adulthood, he'd create websites, blogs and Internet forums that espoused some of his varied interests, including local history, wildlife, fan-fiction, art, and music. This not only gave him a medium to which to express and share his ideas with others, but it also helped him to hone in on his creative abilities and begin to develop a distinct identity.

In 2008, he began work on the Gray Locke series. This series invites the reader to glimpse into the life and times of this original character from childhood through to adulthood. And as the character grows and develops, so too does the reading level. Gray Locke is a fictional character of the late twentieth and early twenty-first century who–through his trials and tribulations–unravels the mysteries of the world around him, and discovers his place in this universe.

C.A. Chicoine resides in Massachusetts where he spends his time writing stories, poetry, lyrics, and music. 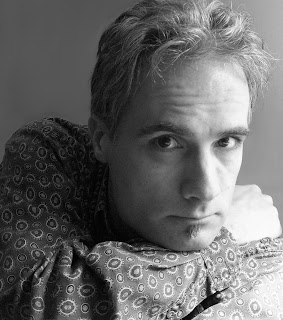