In April of 2016, I began research on a local historical site -- Fort Massachusetts. And coincidently, around that same time, a local teacher had just released a book about the exact location of the fort, and of the house she grew up in nearby. The idea that I had was for a website to educate the visitor about this historic site while stressing its importance to its surrounding communities. This was the catalyst for the formation of the Friends of Fort Massachusetts, an all-volunteer organization. It was founded in 2016 by me, Wendy Champney, and Susan Watson; seeking to preserve, improve and help maintain the historic Fort Massachusetts site. However, I had severed ties with the other founding members because of fundamental differences. It is my belief that the community at large should be informed of the options offered by the current owners of this site and involved in the decisions; not a select few. And although we did not lack in our vision and mission statements, there was still a discrepancy between us. I also felt that we were lacking a qualified president (a position I held until my resignation) to move us forward to help reach our goal.

It's a shame that we could not work this through. However, the website will remain a testament to this historic site ~ the origin of our community.

The fort was built during King George's War (1744–1748), in 1745, against the French and their Indian allies. It was also built to prevent Dutch settlers in New York from encroaching upon Massachusetts territory from the west. Fort Massachusetts was the westernmost in a northern line of colonial forts extending from the Connecticut River, over the Hoosac Mountain, to this western frontier. And it remained active throughout much of the French and Indian War (1754–1763), until 1759, when it was decommissioned following the Battle of Quebec.

The outcome of the French and Indian War established British control of North America, and gave birth to the British Empire. And it also triggered the movement towards independence for the British colonists in America.

Every historical site has an important story to tell. The story of Fort Massachusetts is a compelling, suspenseful, and inspiring story. It speaks of hope and courage and maintaining one's integrity in the face of adversity. It's a story of life and death and the human spirit. It is a story worth hearing.


Below is a link to the website. In it, you will find two articles that I put together.

A Brief History of Fort Massachusetts with an Emphasis on the Siege of 1746 -- Compiled, edited, and with an introduction by C.A. Chicoine 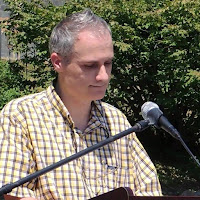 After I just finished delivering a speech at the Commemoration of the 270th Anniversary of the Siege of Fort Massachusetts, on August 20, 2016— at Indian Ledge, North Adams, Massachusetts.